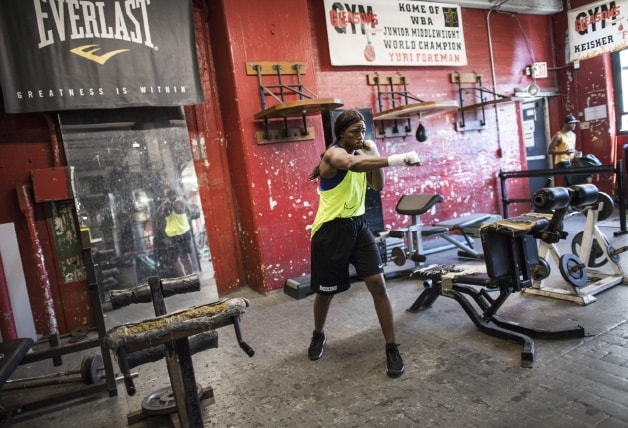 “My job is very important. Without my job there would be no women’s boxing right now. Without my job there would be no Claressa Shields. I don’t know what I would be doing.”
At 17, Claressa Shields became the second-youngest boxer to win an Olympic gold medal. This incredible achievement and her story of overcoming a very difficult upbringing in Flint, Michigan, where she would be the first in her family to graduate high school, captivates millions. Claressa was always prepared for this moment of becoming the face of boxing worldwide, having dedicated her whole life to sport: “I’ve never worked at McDonalds, or at a corner store, or drove a bus, or was a driver, or an Uber driver. I’ve always been a boxer. That’s been my job since I was 11 years old.” With her win at the Rio Olympics, combined with her gold from the 2012 London Games, Shields becomes the first American boxer in history to win consecutive Olympic gold medals.
Besides steeling herself for the big fights, her job entails making weight every day, eating right and sleeping enough: “You get up and train. You get up and run. You’re sore. You go get worked out. Sometimes you’re extra tired to where you can’t hang out with your friends, or you spend a lot of time away from home because you can’t be with your family, but at the same time you’re used to it. This is your job.” Claressa uses her grueling work ethic to encourage other young women and her teammates: “I try to tell them, motivate them, tell them if you can get in the ring with me—because they know that I’m the best, I’m the best boxer at the tournament, I’m the best boxer in the world—if you can get in the ring with me, there’s no way you shouldn’t be able to do well with the other countries because, one, I’m better. That means you’re better.”