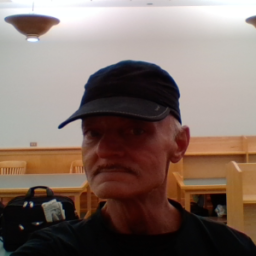 What is one thing about your work that most people don't know?

The one thing about my work that most people do not know is that most of it takes place while I am doing nothing at all. Nothing physically, that is. As an inventor, the vast majority of my time is spent in quiet contemplation while comfortably positioned in a sitting or lying position. What I believe to be most advantageous and oftentimes invaluable is time spent doing nothing. Some call it, ..."day dreaming". Some call it, "...a waste of time." There are those who conclude such a practice is "...an utterly unproductive use of time." To such critics I would refer, Plato, Socrates, Ben Franklin, Thomas Edison, Henry Ford, King Solomon, Thomas Jefferson, Jesus of Nazareth, Sir Isaac Newton, Albert Einstein Stephen Hawking and a numerous host of similarly like-minded persons who made a stringent practice of of quiet contemplation. Some for long periods of time. Albert Einstein it has been said, at times sat in quiet contemplation for periods of time exceeding 10 hours! Scientists, philosophers, astronomers, physicists, writers, artists, inventors, designers, engineers, musicians and more swear by it. As do I, a musician, writer, inventor, designer and marketing professional highly dependent upon my creative faculties to deliver solutions to problems, innovations, profoundly original creative ideas and more. I have come to the conclusion that the most important time in my day is time spent in quiet, solitary, deeply divine contemplation. The world is filled with trifling distractions of thought and bounded by shiny things on every side. He who would dare not be led astray from the primary purpose is he who ever keeps the single eye of his every intention trained upon the visualizations given through quiet contemplation and meditation,

What makes you most proud of the work you do?

What makes me most proud of the work that I do is the fact that it helps people. As a fitness equipment designer and the inventor of an unprecedented resistance training platform, I have been fortunate enough to deliver training gear that will maintin good healthful lifestyles among many as well as reduce th risk of weight training accidents and injury while preserving the healthful longevity of users joints, tendons and ligaments. As the inventor and designer of the most powerful study Bible ever created, I am proud to ave delivered to the Kingdom Saints a new tool to deepen their personal relationship with God, enhance and deepen their faith and spread knowledge among believers throughout the world. As the Founder of the Offender Mentoring Group (OMG) I have the good pleasure of helping save at risk families from breakup, at risk youth from repeating the cycle of incarceration patterned by the parents, reduce recidivism and potentially save many lives. The OMG mentors incarcerated offenders to secure employment and/or schooling plans prior to release so that when released may smoothly transition back into society with minimal risk of re-offending. The OMG partners the Service Corps of Retired Executives and The Illinois Departmnt of Corrections in a joint venture to help inmates identify their passion an build productive futures that will help not only themselves, but society as w whole.