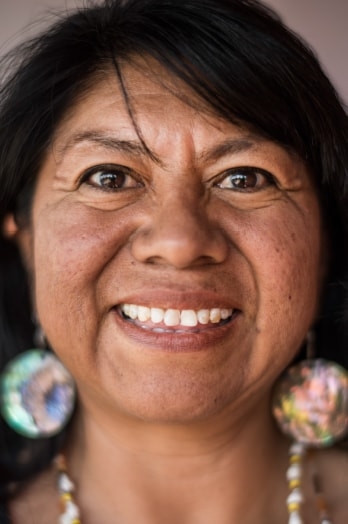 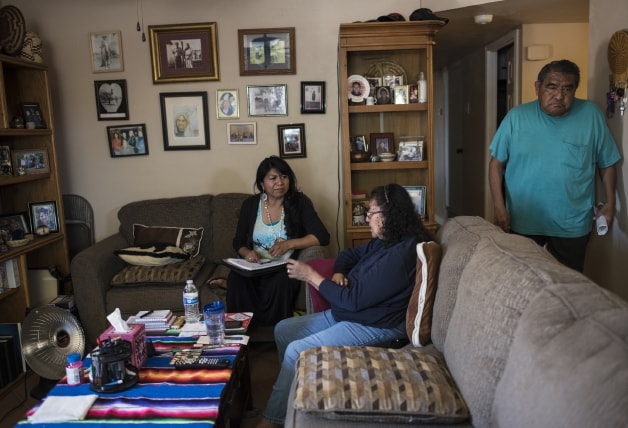 “In the O’odham way, according to the way I was raised, there’s no such thing as work. There’s responsibilities, and in those responsibilities what you’re gifted with is what you do, whatever it is your gift is, you become skilled at, you become an expert at, and that is your responsibility to yourself and to the community.”
Andrea Ramon was raised on a reservation in Arizona, where she grew up speaking O’odham in the home she shared with her grandmother, great-grandfather, and other relatives. She didn’t learn to speak English until the 4th grade, but soon her O’odham skills changed: “When my grandma passed away it was like my O’odham world died because I didn’t have anyone to speak O’odham with. I just let it die.” Years later, she connected with another native speaker and saw that people wanted to speak the language and learn it. In 1998, she helped to open the Ha:sañ Preparatory & Leadership School and began teaching at the local tribal college.
Andrea was soon advising other tribal high schools, colleges, and community groups on how to build curriculum around native languages and cultures, so she started a consulting business and took her work across the country. The attention she garnered for her entrepreneurship in the field of indigenous education made her uncomfortable at first: “It just seemed such a white man’s word, you know. Self-made millionaire. I saw them as entrepreneurs. I came to the realization a couple of months ago that I’m an entrepreneur!” For her, this entrepreneurship is inextricably linked to the lessons about work that her family and her larger indigenous community instilled in her: “Work was a responsibility. It was basically like communalism. Everybody did their part.”