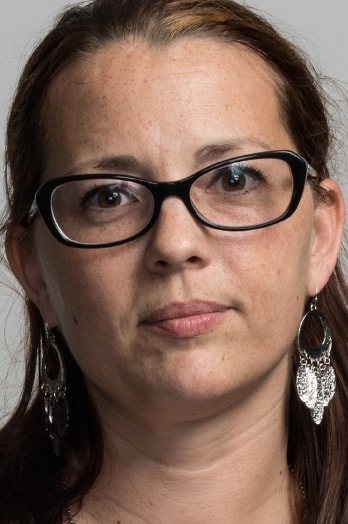 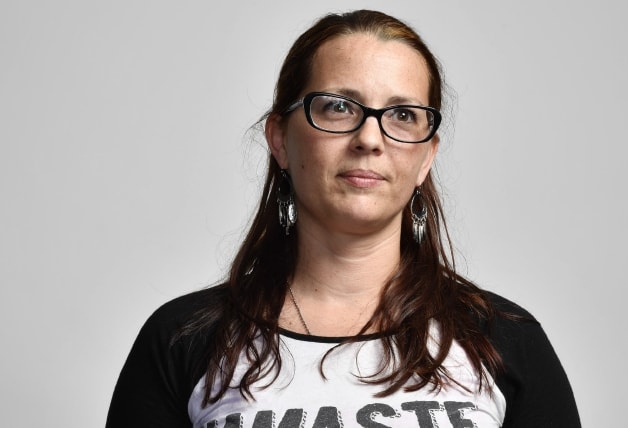 “I’m just working on sobriety, healing, and taking care of my daughter—a huge job!”
Elizabeth Ramos was in the military for 12 years before she was released on medical discharge. While deployed in Iraq, she, “enlisted as a combat documentation production specialist, which is basically just photo and video. Combat photography.” Attached to the First Infantry Division, she was one of the few women on the frontlines of battle and was charged with documenting everything from raids, to searches, to engagements with active combatants. For Elizabeth, the camera became a way to cope with the traumas of war: “The one thing throughout it all was my camera was my wall, you know. I just put my camera up and started taking photos, and that’s how it was for the rest of the deployment.”
After leaving the Army, Elizabeth returned to the U.S. with PTSD, “anger and the hypervigilance and the nightmares and the flashbacks. All of that. The depression, the anxiety.” Her husband, whom she met while they were both training to become officers, was also suffering from the kinds of mental illnesses afflicting many thousands of veterans. Tragically, he killed himself in 2014 and Elizabeth struggled to get on her feet and to take charge of her own well-being: “I have a four-year-old, and I’m modeling for her what a woman is gonna be, and I don’t want her to be angry and depressed and anxious. She deserves better than that—and I do, too.” For now, she is committed to working to support her daughter and her own health, knowing that it is a tough process—moment by moment.