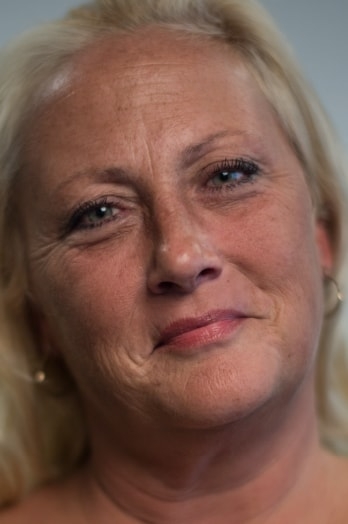 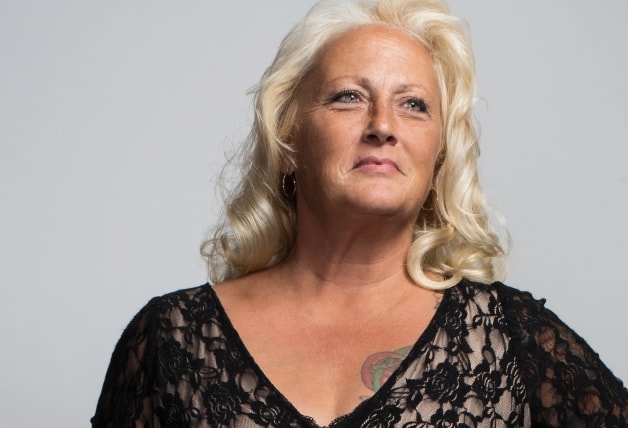 “I think if you’re doing what you love it’s not really work, but you got to be doing what you love. Because if it’s a grind, then it’s not something you should be doing.”
When Pamela’s husband, Tim, deployed to Afghanistan in 2006, neither of them imagined him returning home virtually immobile. “You plan for deployment; you plan for the possibility of loss of life. You know it’s a very realistic possibility that when they leave they could die. Nobody ever teaches you or trains you for what the possibility of injury, serious injury, and what that means and what your life then becomes.” Pamela left her job to become Tim’s full-time caregiver, navigating inefficient military bureaucracies, ill-equipped to deal with the catastrophic physical and mental injuries facing veterans. Despite her constant care, Tim’s life was ruled by pain. They tried to get help for his suicidal tendencies, but, desperate, he killed himself in 2014 while she lay asleep in the next room.
Pamela turned all of her attention to the veteran community: “It’s the only thing I’ve known since I was 18 years old. My passion is really truly with veteran’s mobility issues, because Tim was so affected by that, and veterans’ suicide.” Her work became calling the country’s attention to what she sees as a national suicide epidemic. But, she says, “The term work for me is a fluid term. I haven’t felt like I have had to work in a really long time because I do so love what I do. I haven’t had to work since 2005 when I was managing restaurants—that was work! That was, I don’t want to leave the house, I don’t want to go, I know what I have to face. Even full-time caregiving for Timmy, that was never work. That was love.”