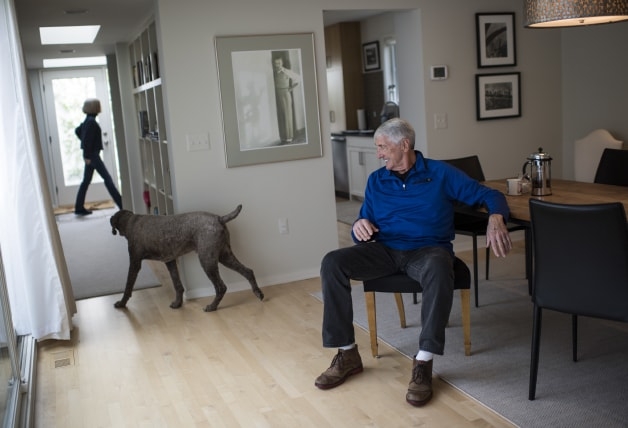 “There’s this wonderful reward, I would say, of trying to support the needs of workers and trying to facilitate making it better for them. Not only where they work, but how does it affect all workers; should be, not only in the factory, but workers everywhere. Because no matter what you do it’s worth something.”
Gary Bryner started working at General Motors in 1966, making $3 per hour. Just six years later, he was 29 and the youngest president ever of the local chapter of the United Automobile Workers Union, which was in the middle of a major strike. Gary led the workers in securing their jobs, confronting GM leadership and the rapid automation of car assembly lines. He found that, “the union gave me the opportunity to be able to say the things that I would never otherwise be able to say on behalf of workers—and it was not only challenging but rewarding.” His success with the strike pushed Gary into the national spotlight, and he testified before the Senate Sub-Committee on Employment, Manpower and Poverty. In the early 1970’s, he was interviewed by Studs Terkel for his influential book, Working.
Gary is now retired. He and his wife spent decades working with union protection, “and with those defined pension plans we can live this very comfortable life without worry, without concern. We have insurance. And it was because our union negotiated those plans for so many years, for so many people.” Retirement is a relief from a lifetime of frugality: “Until my kids got out of college, I was as poor as a church mouse. We never had any savings. We had three in college at one time!” Now he spends time doing what he loves: being with family, golfing, and volunteering: “I relax a lot. Living the dream.”