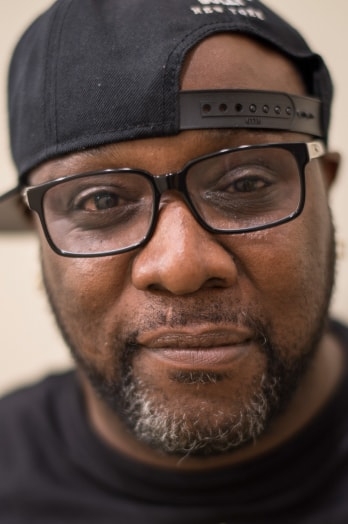 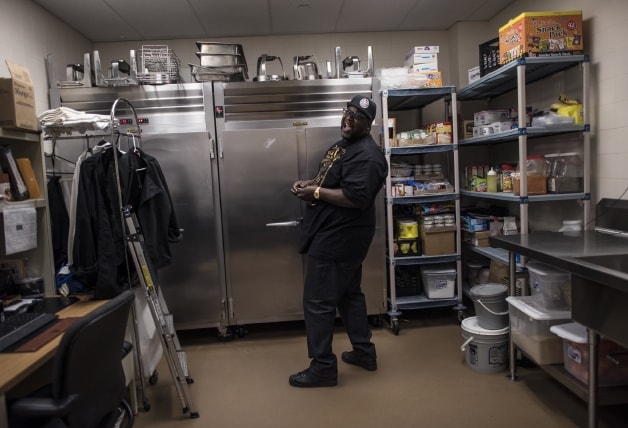 “I go; I do my job; I’m respected; I give respect; I get paid for it. At the end of the day, I sleep well.”
Jeffrey McGee has always been a hustler. From his first job selling newspapers at 10 years old to his current job as a facilities manager at a veterans’ services organization, he always worked challenging jobs with lots of responsibility. All the while, however, Jeffrey was hustling drugs, supplementing his legal income with nightly hauls of $4,500 or more from the streets. “Just imagine you’re 17, 18, 19, 20 years-old and you’re seeing $40,000-$50,000 a week. What you gonna tell me? You can’t tell me nothing!” The street life eventually caught up with Jeffrey and in the 1990s and early 2000s he found himself in and out of jail. Eventually the words of a fellow inmate finally sunk in: “You can hustle anything. You can hustle a job…a hustle is not a get over. A hustle is a progression—a hustle is upward, onward, outward movement. As long as you’re moving forward, you’re hustling. You don’t have to be getting over to hustle.”
These words stuck with Jeffrey as he sought legitimate work, finding it completely impossible with his felony record. He was about to give up when he came upon STRIVE, an organization that trained him and helped him get a job in construction management, “and I’ve been working ever since. I never looked back.” While he is still adjusting to the dramatic change in his income, Jeffrey has a newfound level of satisfaction in his work: “Work to me today doesn’t mean the same thing as it did yesterday. Today work means I’m winning. Work means truth. Work means to me, today: I’m a positive, productive, functional member of society.”