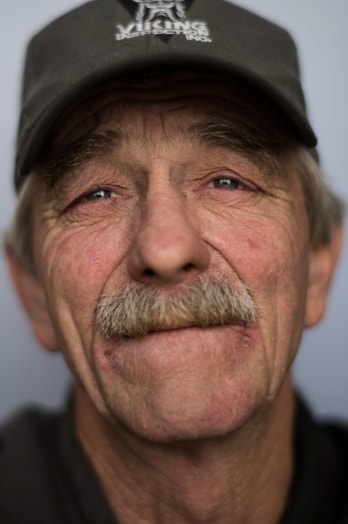 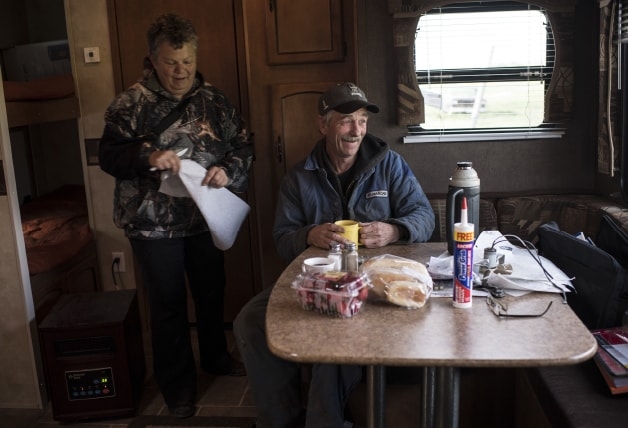 “That oil field never did me any wrong. Kept my family fed in hard times, and put my kids through college in the better times.”
Mike Berg has always known that, “work is good for you, work is a responsibility, work is a living so you can eat. Work hard now so life isn’t so hard, maybe, later in life.” For 33 years, he split his time working the North Dakota oil field and the farm that has been in his family for four generations. Now that he is later in life, and none of his five children want to take over the farm, the prospect of an easy retirement can feel impossible. Mike and his wife worked nearly 1,300 acres of wheat germ, flax, peas, and lentils themselves, caring for cattle, hogs, and chickens along the way. It’s long, hard, and dangerous work, but Mike learned from his father that, “work is satisfying. You may be all played out, but when you do sit down and relax you say, I did it. I got it done. It’s an accomplishment.”
Recently, feeling the effects of a lifetime of demanding physical labor, physically and mentally exhausted at times, Mike began leasing his land to nearby farmers and ranchers. He travels some, hunts, fishes, and works on engines. When he worries about the future of the farm, he reflects on the returns of his hard working life: “Like an engine, your reward is when you get done: you start it up, it works. It’s so rewarding,” he explains. “Through the years, your crops you plant and, if the good Lord gives you the weather, then you get your reward. And the livestock: you take good of them, they take good care of you.”