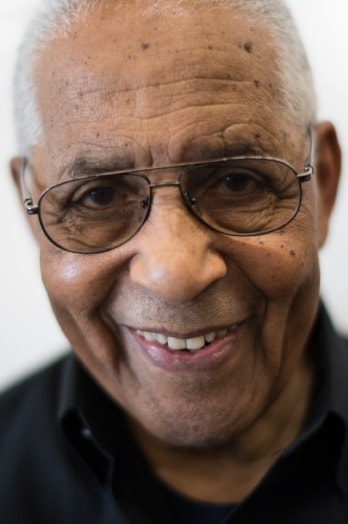 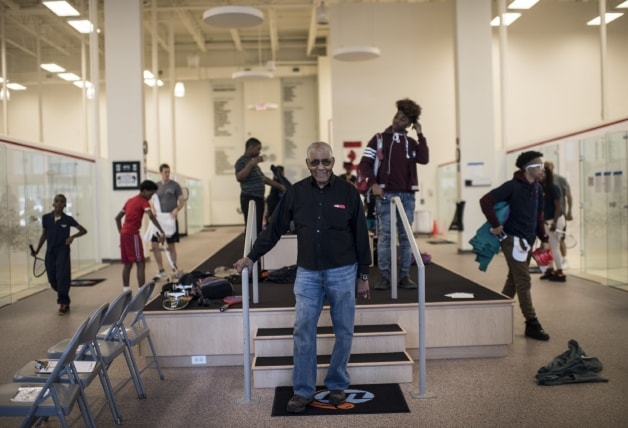 “Work means to me being somebody and doing something that a lot of people can’t or won’t do—and doing it better than anybody else. That’s my spirit. I always want to achieve something. And if you tell me we’ve never done that before, that’s what I want to do.”
Rudy Nimocks worked as a bus driver, fireman, insurance salesman, and for the Chicago Park District police department before he joined the Chicago Police Department in 1959. “When I first started, the highest aspiration a black police officer had was becoming a detective,” he explains. He bucked tradition and went on to serve as a homicide detective for nearly 15 years. His work made a strong impression on the department and he would later be promoted to captain and lead the homicide division for the entire city—the first African American to hold the position.
After Rudy retired as the deputy superintendent of the Police Department in 1989, he served for 20 years as the chief of the University of Chicago Police Department. “When I first became a police officer, all I wanted to do was put people in jail; I didn’t feel like a social worker. I thought my job was to keep order, and if you violated the law, you were going to jail,” he explains. “I don’t feel that way anymore because I know there’s a lot more to it than that, and I think police officers…need to know about the history and mores and traditions of the people they are trying to serve.” Now he is deeply committed to serving on over 10 community organization boards, working to develop and foster relationships as the University of Chicago’s Director of Community Partnerships. He doesn’t see retirement in his future: “Work to me is like food…I have to work.”