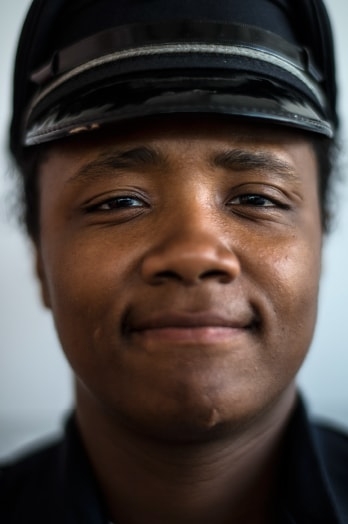 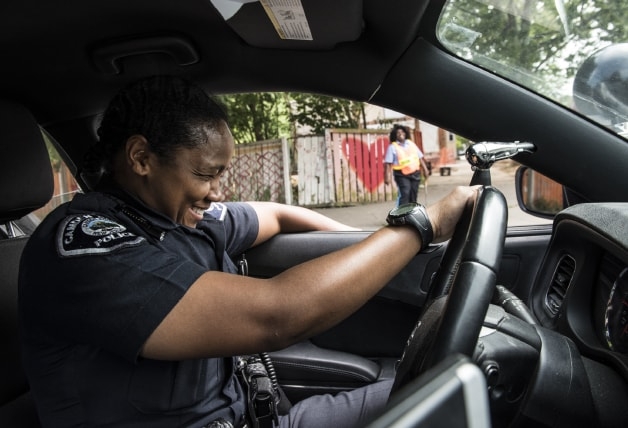 “Work is knowing that at the end of the day you were able to make a responsible decision and to understand the aspects of that decision, and to be able to live with the consequences of that decision.”
The man who killed CaBria Davis’ father served 15 years before being released—and then went on to kill again. This tragic injustice made CaBria decide to become a cop, to give back to the city where she was raised, a city suffering from high poverty and crime. She works on Camden’s Neighborhood Response Team, where “the police are integrated with children and communities, so that both sides can familiarize themselves with one another without suspicion.” Every day she builds trust by walking and talking with people just like her: “I can say to them, you know, I grew up here like you did. I went to school like you did. I know some of the things that you think and you feel growing up here. Just for them to know we have this bond helps me to want to be a positive role model for them so that they can see, ‘Oh I can come from the inner city and I can be somebody positive.’”
CaBria works to build empathy between officers and civilians. She’s attuned to the negative attitudes about the police, worrying that some people “don’t see that we’re still humans underneath these uniforms. We make bad decisions, yes, but at the same time we are still people. We still have hearts; we still hurt like everybody else; we still cry; we still get angry. Us being police officers does not change that because at the end of the day we take off these uniforms; we’re still daughters; we’re still mothers; we’re still sisters; we’re still wives, brothers, husbands, boyfriends.”