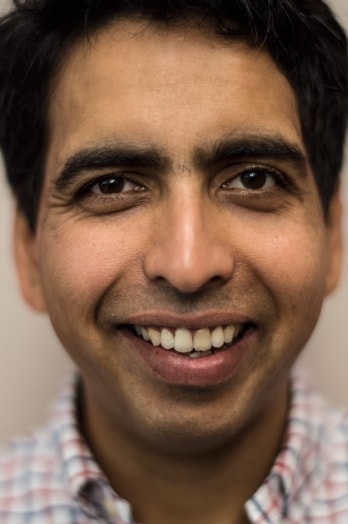 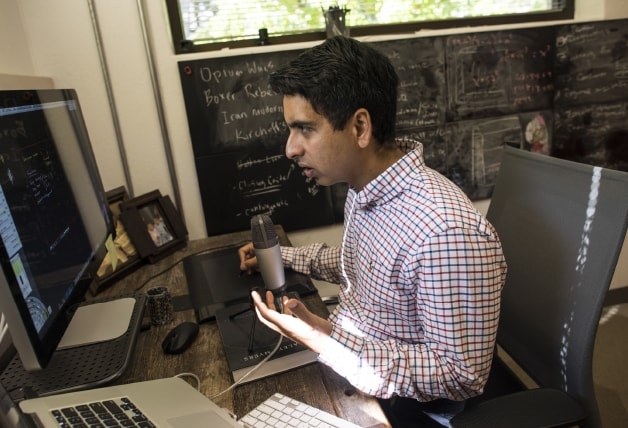 “Work is spending a significant chunk of your day being able to contribute to society.”
An accessible, online platform providing free education to millions of people worldwide—Salman Khan’s, Khan Academy, initially grew out of an effort to remotely tutor his cousins living in Bangladesh. He found himself making more and more videos for more and more people, and eventually quit a very lucrative job to found the Academy, a non-profit. Transitioning to the Academy full-time helped Sal reflect on his priorities: “I’ve had jobs sometimes where the pay was good, and people gave me respect and things like that, but I would go home kind of like what was my contribution to society today? It wasn’t a clear answer.” Now that he and his team have produced and distributed thousands and thousands of lectures (and are running the new brick-and-mortar Khan Academy), Sal has found a clearer answer: “I believe we have the real chance to affect hundreds of millions, maybe billions, of students over time.”
Sal plays many roles as Founder and CEO of the Academy, which is literally changing the way people learn by offering access to an education, world-wide: “I’d like to consider myself an educator, a producer, a creative worker, but it’s very entrepreneurial, and I’m a manager as well.” Ultimately he thinks of himself as a daydreamer. While he spends much of his day in meetings and managing the overall operations of the Academy, he dedicates hours each day to his creative process. As he explains, “That might be making videos, it might be researching and reading in preparation for making content. It might just be time for me to think about some tough problems from a management point of view or from a strategic point of view for the organization. For me, that’s really important to have that.”